Help! My kids won’t get buckled! We’re going to be late!
How do I get the kids into the car without it being a drawn-out struggle of wills? If your child throws a tantrum or takes a long time to strap in, one of these suggestions might help.

For numerous reasons, your child may refuse to sit in the car seat and throw tantrums. He feels confined and bemoans the tightness of the restraints. As you try to thread his arms into the straps and buckle him in, he kicks and squirms. He might know how to undo the buckles or move the safety clip down even if you finally get on the road.

What’s the end result? You end up having to pull over to re-secure him in the car seat and re-adjust the straps—not the most convenient way to get home. But nothing you’ve tried so far, from stickers to reasoning with him, has worked.

Dealing with a child who despises their car seat isn’t something you can put off or ignore—it’s a safety problem, after all. You won’t be able to leave or get to your destination unless your child cooperates.

You’re naturally irritated, and you’re losing your cool while attempting to coax him into the car seat he refuses to use. It doesn’t help if you need to be somewhere—home, school, an event—and are delayed because he refuses to enter or finds a way out.

So, what should you do if he refuses to sit in the car seat and starts screaming? Take a look at these straightforward but powerful suggestions:

Empathy is one of the most effective strategies to defuse a car seat tantrum.

It’s understandably one of the most difficult things to accomplish in these situations. You have to get somewhere by a specific time, or you’ll be in a hurry. You’re sick of throwing another tantrum, especially when you think you’ve tried everything.

However, it is precisely at these times that your child requires your sensitivity. She doesn’t want to be bossed around; she wants to be noticed and heard. To know that you understand her anguish and would feel the same if you were in her place.

To begin, bring her on your squad and put the two of you on the same side to avoid “fighting words.”

“Those straps are unpleasant again, aren’t they?” you might say. I understand your dissatisfaction. I wouldn’t want to sit in the car with those straps on for the ride home. What do you believe we’ll be able to accomplish? What if we try it this way to tighten it up? Is that anything you believe could work?”

“Thanks for letting me know these car belts are tight,” you could say. I’ll see what I can do about changing them so they don’t bother you as much. If my car seat was uncomfortable, I wouldn’t want to sit here either.”

Bring her on board and work together to solve the same problem instead of telling her what to do, becoming irritated, or making her the problem. With less tension between you and her, she’ll be more willing to comply.

Distract With An Object

I’m not a big believer of distractions, but sometimes just giving your child something to grip is all it takes to get him to buckle up.

Bring a plush animal that will stay in the car with him so he can anticipate sitting in the car seat. Provide him with crackers or a book to read on the drive home. Having something to grip can encourage him to get in the car seat or stop messing with the car seat clip at the very least.

However, anything you give him can always fall and be difficult to grasp throughout the journey, so make it clear that he must hold on to it tightly. If it falls, he’ll have to wait until you arrive at your destination to retrieve it.

Your child may feel powerless because he is forced to follow the rules of the adult world, which he may not understand or want to follow all of the time.

However, giving him options allows him to express himself and makes him feel like a member of your team. When he made the decision, he’ll be more likely to follow instructions and be more invested.

Regardless of whatever option he chooses, make sure you’re comfortable with the options you provide. “Would you like to get in the car seat or stay here in the parking lot?” is not a good question to ask. Because he might decide to stay put when you don’t want him to.

“We need to get in the car,” you could remark instead. Do you want me to carry you in or do you want to do it yourself?” or “We need to remain seated.” Would you prefer to embrace your sweetheart or eat these crackers?” Either choice he makes is beneficial to you.

Does The Car Seat Need Adjusting?

Let’s start with a simple issue: the car seat, before we believe a car seat tantrum is all about your child’s conduct.

To begin, check to see if the car seat is genuinely comfortable. I don’t know about you, but I find it easy to lose sight of how rapidly our children develop. I don’t always notice when kids need new shoes until they complain about their toes. The car seat is the same way, especially since we don’t adjust the straps too often.

It’s possible that your child has outgrown the car seat’s existing modifications, if not the car seat itself.

Check his posture to see if the straps need to be adjusted. Are they irritating and rubbing his neck or thighs because they’re too low below his shoulders? If he’s now too big or tall for his current car seat, you might want to consider getting a new one.

Finally, double-check that you have him securely fastened. The straps may not be snug enough if he can slide the clip up and down.

Take a step back and consider what’s going on. Yes, your child is having a fit, you’re running late, and you’re exhausted from a hard day at work. You simply aren’t in the mood for this.

But, above all, it’s just a temper tantrum. Of course, it’s the most frustrating aspect of your day at the time, but in the grand scheme of things, it’s just a few minutes later than usual. There are a lot of things that are worse.

Why do you need to be aware of how “little” this issue is? Because it’s crucial to show him that you’ve got this, no matter how crazy or hectic you are.

He shouldn’t see you disturbed by his actions, no matter how difficult it is. He is terrified that his actions may bring out the worst in you. That even his parents are powerless to stop him from throwing a tantrum.

Instead, demonstrate that you can handle this temper tantrum and that nothing he throws at you can rattle your nerves (even if it does!). You almost feel sorry for him and his frustration, as you would for a buddy who is having a bad day.

Don’t make his predicament your own. Instead of saying, “Get in your car seat or else!” you may say, “Isn’t that car seat bothering you again?” I’m sorry for the inconvenience, but you’ll have to wear it on the way home.”

It is not necessary for a good parent to be flawless. No one is without flaws. No child is without flaws… When we establish our expectations, it’s vital to keep this in mind.

Table of Contents Toddler TantrumsNatural & Logical Consequences For ToddlersTime-Outs & Time-Ins For ToddlersThings to Keep in MindWhat You Should Do Next:More Discipline TipsReferences Welcome to the thrill ride! The toddler years are full of wonderful milestones, but they’re also full of stressful parenting moments as your child challenges limits and battles with huge emotions…. 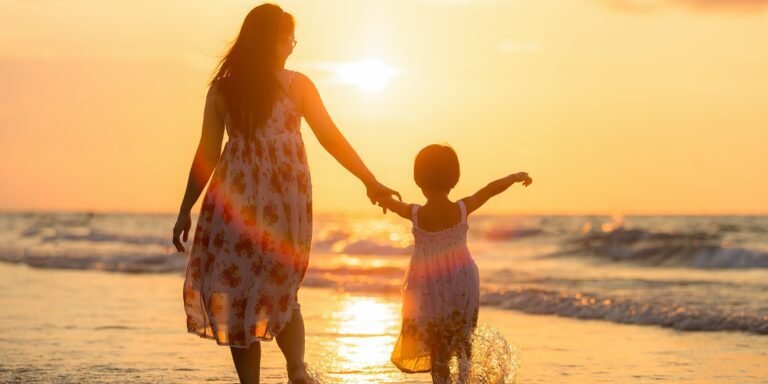