Praise can do the opposite of what your desired action is, and while it’s a positive action itself, it can have negative effects. This is why positive parentingfocuses so heavily on encouraging children rather than praising children.

Want to learn how to use positive parenting? Register for a free class called GET KIDS TO LISTEN THE RIGHT WAY; an exclusive FREE class from nationally recognized parenting coach, Amy McCready.

Why Praising Children Can Have A Negative Effect

I often see teachers grade my children’s work with “good job!” and “great effort” and I can imagine that these are common words that teachers say in the classroom. They sound super positive and encouraging, don’t they! They certainly do have a positive effect on my kids, who so often feel proud of their efforts at school when they get notes like that from teachers.

In fact, we all experience praise in one form or another throughout our lives and it does often feel pretty darn good, doesn’t it?

The problem is, so much praise can have a negative effect on children.

For example, your 6-year-old just sang an entire song after dinner followed by a sweet little dance and your response is “You are so adorable!” or “that was really brilliant!“

These comments seem totally harmless. However, if someone else was to tell your 6-year-old that they were adorable or brilliant, their response is probably going to be “I know” instead of “thank you.”

Because your child is already aware they are brilliant and adorable, due to your comment on their performance, they are less likely to attempt a performance like this again, or wow you in another creative way, because you already formed an opinion that they are the best they don’t need to work as hard to prove themselves.

This is where praising children has a negative effect on our children.

You could be thinking that positive parentingis all about praising children, but it is not. It is all about encouraging children to become their best selves so that they can thrive in adulthood and become good human beings.

Amy McCready teaches all about using encouraging words and empowering our children in her online course, positive parentingsolutions, which is an amazing course that really goes in-depth on how to use positive parentingin all aspects of your life.

Amy talks about encouragement as focusing on the positive action rather than the result that the child has presented you with. For example, if your child made a beautiful drawing of your family home, instead of saying “great job, this is really nice” you can say something like “I can see you worked really hard on the house, it looks just like our home.”

To children, the second statement is more empowering, and encourages the child to keep working on their drawing skills, whereas “great job” can deter them from drawing further because they’ve already done a “great job.”

Praising children and encouraging children may seem like a very thin line and appear insignificant, but the way these words are used when talking to our children really can make a large difference in how they behave later on in life.

Effects Of Praising Children On Their Self-Esteem

If you are attempting to build up your children’s self-esteem, you may want to rethink the praising them part of the whole thing.

We of course want to show our love to our children and it’s important to raise kids to believe in their abilities and have confidence in their beliefs.

Using praise to tell your child they are good at something and convincing them of their competence is not very helpful, because the outside world can present a lot of challenges, where they may learn that they are in fact not that good at that thing, and there are others who are better.

When you tell your child “good job” you are focusing on the outcome of their task, rather than focusing on specific details of what they did a good job on, which can help them refine that skill since they know it’s important you focused on it! We need to find a balance between praising children and encouraging children for the best effect on their upbringing.

Self-esteem and confidence can be brought down when the child does the same task outside of the home and doesn’t get the “good job” they were hoping for. If we encouraged our child by saying, “good job on this specific part of the project” the child can then start taking more risks to improve just that part of the project, and even become more resilient to failure over time. We don’t want the “good job” to go to their heads!

It’s OK to compliment your child once in a while, but repeated praise and compliments are going to make the child lazy and unmotivated to do better in life overall, and we do not want that!

We want our children to be confident in their skills, and we can encourage them by highlighting their skills and how they got there. For example, “I can see you’ve been practicing your taekwondo. That kick you were having trouble with has gotten so much better.“

Children that don’t get praised often will not think they are “perfect” humans, and they won’t lack self-confidence because they will understand that their efforts and actions are sources of fulfillment and success.

Praise Is a Reward

I love rewarding my children when they work hard and they deserve it, but there is such a thing as too many rewards, so it’s all about balance. Praise isn’t a physical reward like money in exchange for chores, but it does offer quick satisfaction through words. This quick satisfaction doesn’t last. The more you use praise as a reward, the less valuable praise becomes over time.

Encouragement, however, forces kids to see their actions and efforts and helps them appreciate the outcome more than praise ever could.

Praise Focuses On The Outcome Not The Deed

When your children do a nice deed around the house such as picking up their shoes without being asked, you shouldn’t be putting your little one on a pedestal for doing this basic deed. Instead, you should recognize that the deed was completed and that it helped you out by clearing the floor so you had an easier time vacuuming that area. If you tell your child they are amazing for picking up their shoes, they are less likely to pick up their shoes again next time, but if they understand that it was helpful to you that the shoes were picked up, they are more likely to pick their shoes up again without being asked.

It could take a little bit of practice to start encouraging and ditch the praising. Here are some things you can do today that can help you keep the praise levels lower and your encouragement levels higher.

Positive Actions Should Be Reinforced

When we see good behavior, we should be encouraging more of it, and we can do so by reinforcing that good behavior.

When your child is able to express his feelings instead of fighting with his sibling, you can reinforce good behavior by acknowledging their actions. For example, “Great job expressing your feelings, I can see your frustration. Let’s do “this action” and make the situation better.“

Keep The “I Told you So’s” To A Minimum

If your child comes home crying because his friends decided to make bad decisions and your child didn’t want to participate, you can definitely praise him for doing the right thing, and encourage him by letting him know his actions were admirable. However, saying ” I told you these boys were trouble” can set your newly empowered child feeling lost and confused.

Your child needed to learn the lesson on his own, which he did. There is no need for further confirmation from you that you knew better than him about his new group of friends.

Your child was able to make a good decision after all, wasn’t he? So you know you already did the right thing raising him with good morals so you can leave your “I told you so” to yourself.

Praising children isn’t a terrible thing, that was not the point of the article. I really wanted to point out that encouragement provides better motivation and enhances the performance of our children, which is the type of behavior we want our children to explore.

Too much praise can damage self-esteem, and self-esteem can be difficult to build back up once it’s down.

Register For A FREE Parenting Class

Table of Contents What Is Body Image, Exactly?Body Image in Toddlers and BabiesGrowing Children’s Body ImagePuberty and Beyond: Body ImageParents Can Help Develop Positive Body ImageCan a Kid’s Body Image Be Affected by a Medical Condition?What Can Parents Do to Assist?How To Teach Body Positivity When You Struggle With It TooTeaching Kids Body PositivityNeed More… 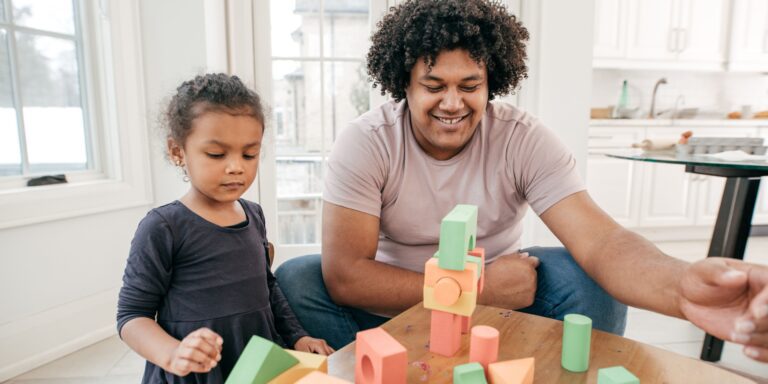 Assuring that our children can read. Practicing arithmetic facts with children. Encouraging a passion for science, technology, engineering, and mathematics (STEM). Most parents in the twenty-first century feel obligated to ensure their children’s academic success. While education is crucial, research suggests that a variety of softer life skills could be even more valuable in the… 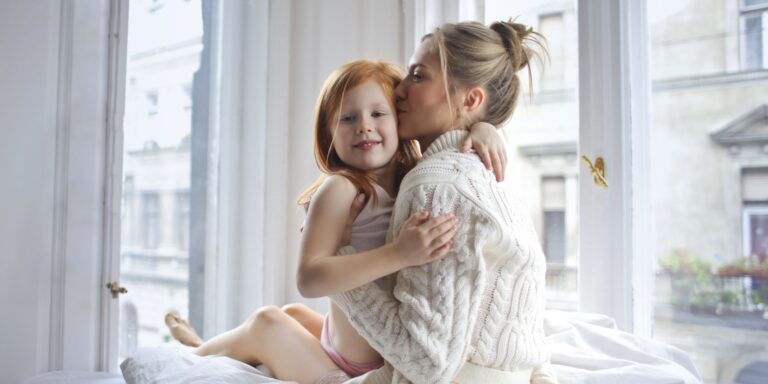 Table of Contents Why You Need A Morning RoutineGet Clear On Your Morning Routine (And The Kids Too)Getting Started With The Right ToolsWhat To Add To Your RoutineMom Morning Routine For Moms With Very Little KidsYou Don’t Need A long Routine More Motherhood Articles Need More Parenting Help? Learn how to set up a morning…

Welcome to my little corner of the internet! I am a Canadian mom of 3 and I’ve had my little blog for over 3 years now! I love to talk about positive parenting and all things kids.

All things I write about are from personal experience, in hopes of relating with other struggling parents who are lost with child behaviour like I once was.