Every parent wishes for their children to grow up to be intelligent, empathetic, and well-behaved. On the other hand, children are not born with the knowledge of good manners or appropriate behavior. However, there is reason to be hopeful since we may utilize shaping (psychology) to influence our children’s behavior.

If you’ve ever watched a dog lay down for a reward or circus animals do tricks, you’ve witnessed how even animals can learn new behaviors.

In psychology, a method called shaping is used to persuade animals to engage in a taught behavior. This approach may also be used to teach new abilities to a child in a sequential manner.

Shaping, which is frequently modelled by their primary caregiver, eventually leads to mastery of a skill, even if it is complex.

What Is Shaping Psychology

Shaping is applying a sequence of sequential reinforcement stages to a subject to get the subject closer and closer to exhibiting the desired behavior.

Shaping was born out of behaviorism, a branch of psychology pioneered by B.F. Skinner and his operant conditioning theory.

It was founded on the concept of reinforcement and behavior. A reinforcer, according to Skinner, is a consequence that enhances the chances of the desired behavior recurring, whereas punishment reduces the possibility of reoccurrence.

Negative reinforcement occurs when a stimulus is removed, for as when a child is placed in a time-out for striking another child in a nursery. If the time-out is replaced by playing nicely instead, the kid benefits from the absence of the unpleasant stimuli (no time-out) 3.

If a kid is penalized for having a tantrum, they are less likely to do it again. Because a penalty is added as a reaction to the behavior, this is positive punishment.

The elimination of beneficial consequences for bad behavior is known as negative punishment.

For instance, if a child throws a tantrum because they are no longer permitted to have the chocolate bar that they want. Because a stimulus is removed, the punishment is ‘negative.’

While punishment and reinforcement can both be effective on their own, they function better together as part of a behavior plan. Positive reinforcement is often seen to be the best option. Punishment may only be successful if it is part of a pre-planned behavior adjustment strategy in which the kid is informed of the consequences of their actions ahead of time.

What Are Successive Approximations In Shaping Psychology

The term “successive approximations” refers to the practice of reinforcing steps of good actions that grow closer to the target behavior.

Because a child is unlikely to show a goal behavior spontaneously, several approximations are necessary for shaping. The objective is attained by repetition and reinforcement of behaviors that are getting closer to the desired behavior.

A variety of methods can be used to achieve successive approximations. A good way of developing the first step is to model a new behavior to a kid.

For instance, the procedure can be started using a hand-over approach, while a child is learning how to feed themselves, the parent can move their hand to the wrist and ultimately feed it themselves.

What Is Differential Reinforcement In Shaping Psychology

Differential reinforcement is a type of selective reward of one type of behavior that is getting lost amongst others, as opposed to successive approximations, which stimulates the learning of new behavior. As a result, the desired activity is already taking place and has to be shaped to stand out among less desirable behaviors.

Differential reinforcement is generally used to encourage a collection of actions known as a response class. This type of behavior is encouraged, whereas the other type of bad behavior is discouraged.

A nursery set is an example of differential reinforcement in action; the notion of cooperative play and its conforming actions are encouraged, while any fighting behaviors are either ignored or penalized.

Shaping Psychology: How to Use It

It could be beneficial to develop a behavior modification strategy before beginning the process of moulding behavior. The steps below are a guideline for applying shaping to a children’s behavior:

The phases of toilet training are one illustration of this procedure. The desired behavior could be attained by rewarding the child for signalling that they need to go to the bathroom, congratulating them for being able to take down their own underwear, and finally praising them for using the toilet on their own.

How Effective Is Psychology Shaping?

Shaping is an effective form of behavior therapy that may produce long-term, desirable outcomes if used consistently, even after the behavior plan has ended. Shaping offers support, guidance, and direction for both the establishment of behavior and the implementation of a behavior modification programme.

As a result, it enables the evaluation of its efficacy for a kid, and if it is initially ineffective, it could be changed to meet the children’s needs.

Parental dissatisfaction with the effectiveness of a shaping strategy is common. A lack of outcomes is frequently the result of a strategy that focuses on the punishment of bad behavior rather than positive reinforcement of desirable behavior.

If a decision is made to employ punishment as a reinforcer, it should be a specific punishment in conjunction with a target aberrant behavior. It should be emphasized that studies have shown that a mix of cognitive and behavioral methods has the greatest influence on behavior, as attitudes and behavior are inextricably connected. As a result, if shaping isn’t working, a combined strategy that targets both ideas and behaviors could be beneficial. 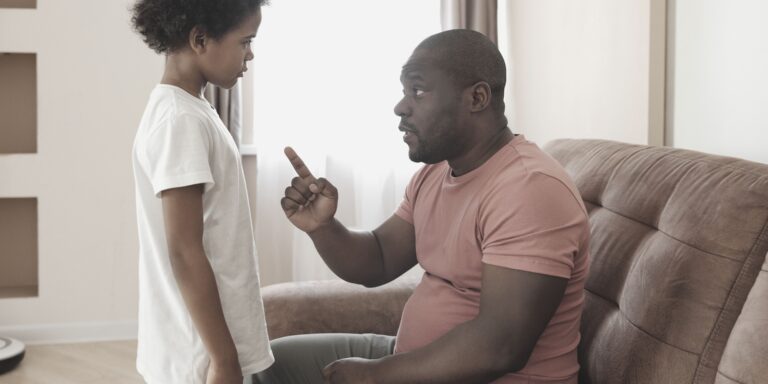 Table of Contents What Is RespectWays to Teach Children Respect and PolitenessDon’t Take Your Child’s Behavior PersonallyTeaching Kids How To Show Respect Effective ways to teach respect to a disrespectful child so they can grow into a respectful adult. It’s so frustrating when your kids aren’t showing you respect, especially when you have a power…