Uninvolved parenting is defined by a lack of attentiveness and parental demandingness when it comes it children’s basic needs.

Children raised by uninvolved parents receive minimal care and direction from their parents. They are essentially left to fend for themselves.

Among the five Baumrind styles of parenting, children of parents who showed a lack of involvement fare the poorest and have the most mental health problems and neglected emotional and physical needs.

Parents who are uninvolved show a lack of responsiveness and emotional connection as well as other demands of their children.

Neglectful style parents are at the other extreme of the responsive spectrum as permissive parents.

Authoritarian parents that have high expectations for their children to satisfy are the polar opposite of uninvolved parents in terms of demands, mostly involving academic performance.

Here are some of the most typical behaviors of a negligent parent:

There are a variety of ways in which parents might be inattentive of their children. Here are a few examples:

Parents that use an this controversial parenting style may do things like keep their child engaged with another activity for the most of the time so that they may focus on work or their own interests. They may, for example, have their youngster spend most Saturday afternoons watching TV while they socialise with friends or work from home.

When a five-year-old eagerly attempts to show their parent something they constructed with LEGO, the parent either looks at the item and says “oh huh, that’s good” or entirely ignores the child, this is an example of a bid for engagement.

Having Little to No Involvement in Child’s Schooling

When a parent isn’t involved in their child’s school experiences, they have no idea what they’re learning or how they’re doing. If a kid requests that a parent sign a permission slip or a notification of failing a test, the adult may sign it without questioning the child.

Leaving Their Child to Fend for Themselves

When parents fail to feed their children, this is an example of negligent parenting. When their child asks what they’re having for supper while they’re at work, the parent may advise them to heat up a microwave dinner and allow them to eat on their own.

See also: How Does Too Much Harsh Disciplining Cause Suffering In Children

Uninvolved parents are more likely to suffer from mental health disorders such as depression and alcoholism and suffer a lack of emotional attachment.

Another prevalent factor is a family history of drug addiction issues which stem from a lack of understanding of the boundaries that parents neglect to set.

Addicted parents who have antisocial personality traits and pick mates who are susceptible to drug misuse or other mental health disorders are more likely to become negligent.
​

Neglectful parenting may have a serious impact on a children’s well-being and child’s development consequences due to the complete lack of boundaries. In a young kid, it can have the following negative impact:

Uninvolved Parenting Is Not The Same As Free-Range Parenting

Free-range parenting is a word that has recently been used to describe parents who let their children to go to areas such as the playground without adult supervision.

Uninvolved parenting is not the same as free-range parenting.

A free-range parent allows their child to roam out freely while being warm and responsive. They may also have high expectations of their children’s behavior, such as good behavior and great academic achievement.

Some parents who work long hours will unavoidably have less time for their children. They may, however, remain friendly and kind. They may still exhibit interest in their children’s life and form emotional ties when they spend time together, even if it isn’t on a regular basis.

When it comes to developing a strong parent-child connection, quality trumps quantity.

Neglectful parenting is a destructive parenting style. Uninvolved parents are indifferent parents who are unconcerned with their children’s well-being.

Uninvolved parents are busy parents that lack involvement because they don’t care.

However, busy parents who lack time for engagement are just bad time managers.

Maccoby and Martin expanded the concept with a fourth category in 1983: uninvolved or neglectful parenting style.

These four parenting styles are divided into two categories: responsiveness and demandingness.

Psychologists and specialists believe that children with uninvolved or neglectful parents have the worst results and do not tend to child’s needs.

A negligent mother is more than just a mom who allows her child more independence or less face time. Negligent parents disregard their other responsibilities as parents as well. Children of uninvolved parents often suffer mental health problems and often have issues with substance abuse.

Uninvolved parenting is much worse than authoritative parenting which has less negative effects on kids and less mental health issues as it tends to the emotional needs and parental responsiveness to child’s behavior.

It is not always simple to share your parenting ideas and techniques with friends and relatives. Here are some suggestions to help you have a courteous conversation about positive parenting– even if the other person disagrees! Nothing like a Christmas gathering to elicit difficult talks. Your sister is perplexed as to why you do not…

Taking a look at the science behind inductive discipline and why it works when dealing with problem behavior in young children. Martin Hoffman, an American psychologist, proposed three styles of parenting: induction, power assertion, and love withdrawal. These are different than the 5 parenting styles I normally discuss, because they are named by a completely… 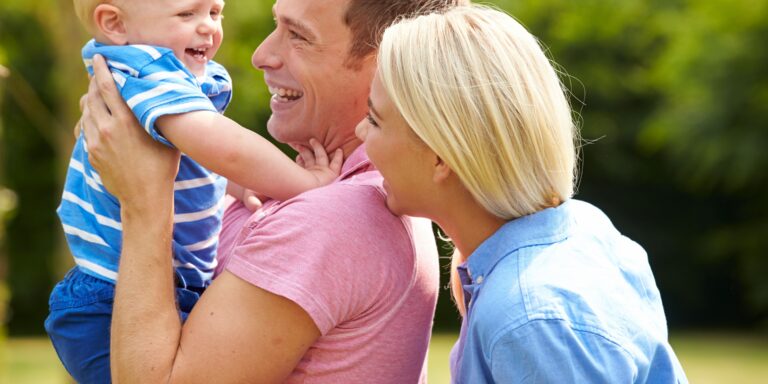