Do you know how many distinct sorts of toddler tantrums exist? We understand you’re seeking for a secret solution. It just does not exist. EVERYTHING is likely to irritate your youngster. Continue reading to find out which type of tantrum your child is prone to.

You’ve undoubtedly witnessed a tiny child having a tantrum before you had children. “My kid will never behave like that!” you may have assumed stupidly. Maybe you were one of the wise ones who said, “Ugh, so bad the odd tantrum is simply part of having kids!”

However, we suspect you were unaware that there are at least 11 different types of toddler tantrums. And that they occur on a daily basis.

The only mystery is predicting what will set off today’s rage. That’s a no-no. Today was the first tantrum. Then came the next. Continue until bedtime (which will DEFINITELY have a tantrum, so pencil that one in now.)

Why do toddlers have tantrums

Toddlers have huge feelings, but they don’t always have the language or cognitive skills to express them. And, like the rest of us, circumstances like hunger or weariness can exacerbate those strong emotions.

Finding peace and connection when your child is ill might be difficult. However, interacting with your child is the most effective way to help de-escalate the situation. I like to refer to Dr. Laura Markham for advice on toddler tantrums.

Dr. Laura describes her method as “calm parenting” in her work as a coach with thousands of parents all around the world. What person doesn’t want more of that? Listen in to find out why responding to tantrums with empathy can be game changing.

If you’ve convinced your child that they can’t accomplish everything, you may have fooled yourself into thinking you’ve reached a turning point. We have some horrible news. You didn’t do it. You’ve now exposed yourself to a new type of tantrum.

Just because your two-year-old can’t do something herself doesn’t mean she won’t have an opinion on how you do it!

Before you have kids, you don’t understand how many different ways you may peel a banana that are completely unacceptable. Or that the manner a sandwich is cut has the potential to destroy someone’s day. However, owing to toddlers, you now have a greater appreciation for how crucial it is to do things correctly.

I Can Do It

Have you ever tried to leave the house with your kids’ shoes on? Congratulations! You’ve almost certainly survived a “I can do it” tantrum! Because toddlers like doing anything, even if it is beyond their skill level. (Especially things that are beyond their competence level?)

Common “I can do it” tantrums include, but are not limited to, dressing, pouring their own milk, buckling – or unbuckling – their car seat, and buttoning their clothes.

Normally, we would like to let kids try some of these things. We know that, while they may not be able to accomplish it right now, with some instruction and practise, they will be able to someday. But sometimes you just need to leave the house/pour a glass of milk without spilling it/make sure the car seats are properly and safely installed.

So how long until they’ve perfected it? Tantrums.

“I don’t like that,” maybe the most traditional catch-all for toddler tantrums, covers a wide range of topics. In fact, this is most likely the type you saw before to having children. Or, at least, that’s what you thought you saw before realising how finicky these small creatures can be.

And, yes, if you’re in a restaurant and witness a child turn their nose up at a green vegetable, you may have struck gold!

If only kids threw tantrums because they didn’t like something. Wouldn’t it make parenting SO much easier?

On the surface, this appears to be a simple task. Because there is a simple solution: sleep.

We’ll wait for everyone to stop laughing for a moment.

Because you know what will irritate a tired tantrum-throwing toddler even more? Is it implied that sleeping would ease the situation? We’re all aware that it will.

But what about those toddlers? Napping is the enemy. Their adversary is bedtime. So, rather than solving the problem, they’ll flail and scream and exhaust themselves further.

Don’t get too thrilled just yet. This will not result in their sleeping better tonight. They’re overtired.

This one is slightly easier to cure since, every now and then, a child will crack if you offer them, say, a full-size sheet cake to soothe them down. However, some of our children (I’m looking at you, Cole) will refuse to eat. Because they’re plainly starving.

If you’re anything like me, you probably can’t comprehend a world where you’re too hungry to eat. I can eat pretty much whenever I want. I can always find room for a bit more if I’m really hungry, medium hungry, or just left an all-you-can-eat buffet.

However, not for toddlers. Toddlers love to nibble incessantly until they stop for an hour, realise they are basically starving, and then tantrum until they die.

Every now and then, your child will declare that they dislike food. They’re not choosy at all. They don’t enjoy any food, for example. Or that they despise clothing. Alternatively, being in an automobile. Basically, anything that allows people to function in society.

Hopefully, they will only pick one essential life necessity to despise, but you never know, they may despise more than one. Perhaps you have two toddlers because, like me, you didn’t space your children far enough apart and they’ve decided to dislike different things.

In any case, getting through the day will be difficult until this period passes.

Sure, my child has tantrums because her sister is playing with a toy she desperately wants. Or because her sibling gets to do something cool that she isn’t capable of.

But don’t believe that the sibling must actually do something offensive. Because their brother is sitting there, toddlers will tantrum. Because their sibling is alive.

My daughter even threw a temper tantrum because she didn’t like the way her sibling was looking out the car window. (We never figured out how he was supposed to be staring out the window or where he should be looking instead.) We can only assume she didn’t like it.)

In fact, all the sibling needs to do to be a proper toddler trigger is exist.

Your youngster loses control both physically and emotionally, screams, kicks, and strikes out. You believe he has the potential to damage himself or others. Your response: If he allows it, hold your child. Tell him you’ll hold him until he “melts” and regains control of himself. Some children are terrified by the depth of their own emotions. Assure your child that you will not abandon him if he loses control.

How can You stop A child’s tantrums without giving in

To begin, let go of the notion that your child’s tantrum is about him clashing with you. It’s truly about a terrifying flood of emotion that he can’t control. Second, try to see the scenario through your child’s eyes.

After years of going to the park at 10 a.m., perhaps today he decides he wants to know when you’re going to leave. Let him. Begin by allowing him to make simple judgments. Don’t be concerned about retaining influence over him; instead, envision a partnership in which you educate him how to make good decisions for himself.

Rather of allowing him to exploit you, you will demonstrate to him that you are capable of sharing authority. Yielding gracefully from time to time shows your youngster that you value his opinions.

Maintain a firmer stance when your child requests items that aren’t good for him. Allowing him to go without a bath every now and again is fine, but you don’t want him to stop taking baths entirely. The same is true for sugary snacks and pricey toys; give in too often and you’ll be disappointed with the outcomes.

Coping With Tantrums that Seem To Get Worse

Tantrums may get louder, more disruptive, and more difficult to regulate as youngsters grow older. The ideal method remains the same as it was when your child was a toddler: take him to a quiet area and let him vent his thoughts; later, talk to him about what happened and why.

Remind yourself not to become enraged. If your child is in his fourth or fifth tantrum year, you may believe that showing him how tired and frustrated you are will help him comprehend how terribly he is behaving. It won’t. Aggression, whether physical or verbal, will only teach your youngster to be aggressive. There is just no shortcut to teaching your child how to manage his emotions and punishing him when necessary.

Also, avoid arguing with your youngster. It’s tempting to try to talk your child out of a tantrum, given his developing language skills. But you’d be squandering your time. Your child is probably too distraught to listen, and the problem isn’t the candy bar he wants you to buy; it’s his excessive rage. After the storm has passed, talk to your child about what he could have done differently.

300+ Would You Rather Questions Kids Love To answer 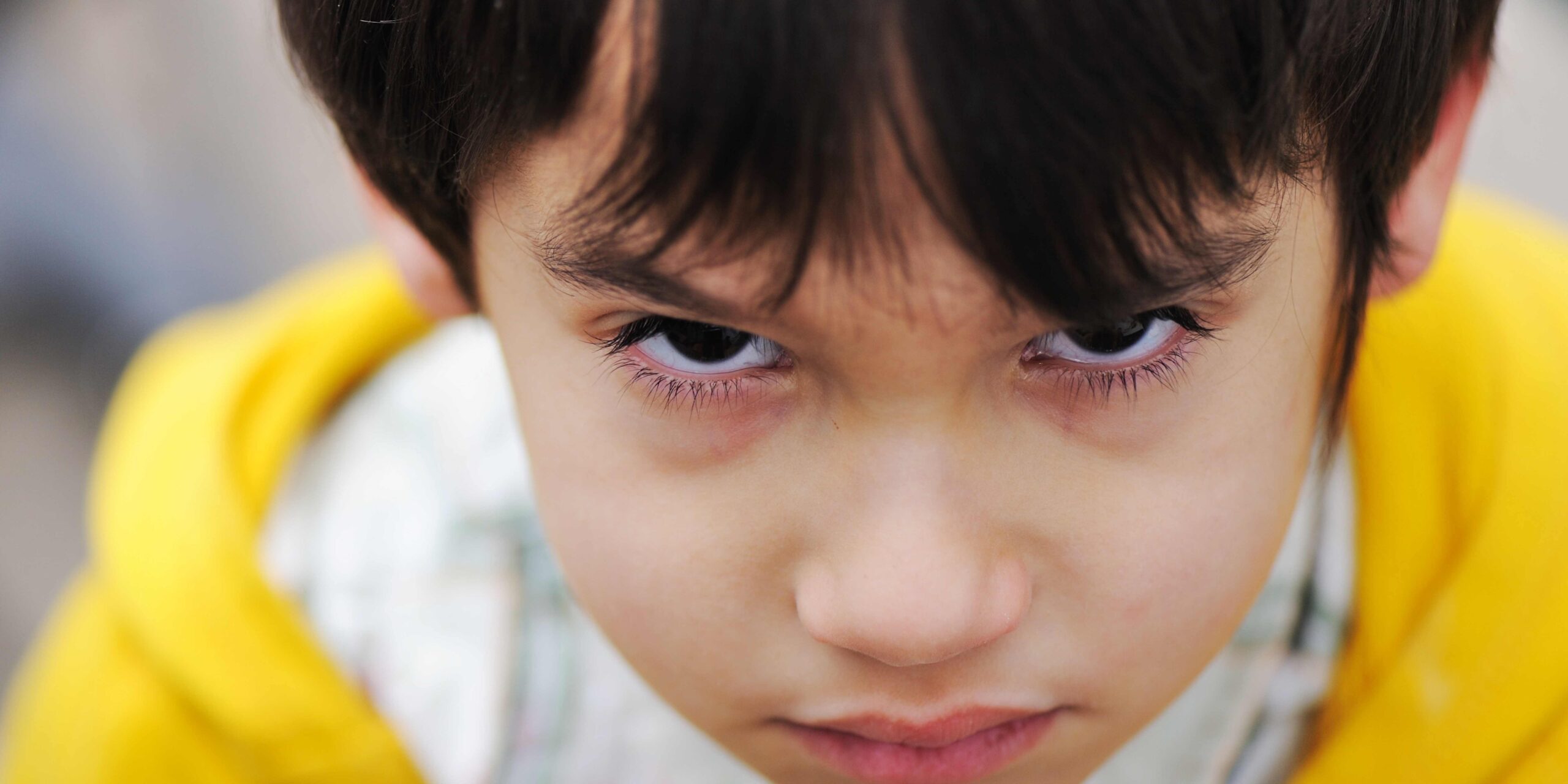 6 Tips for Dealing With A Toddler Who Hits