The effects of operant conditioning, which is commonly utilized in everyday life such as in the classroom and in parenting, can be influenced by reinforcement schedules. Let’s look at some of the most popular sorts of schedules and how they’re used.

The technique of learning via association to enhance or reduce voluntary behavior using punishment and reinforcement is known as operant conditioning.

Reinforcement schedules are the rules that govern the timing and frequency with which reinforcers are delivered in order to enhance the probability that a target behavior will occur again, strengthen, or continue.

The reinforcer is presented in a continuous reinforcement schedule (CRF) following each execution of the desired behavior. This timetable reinforces the target behavior every time it happens and is the most efficient way to teach a new habit.

Once a new behavior has been taught, trainers frequently use a different sort of schedule – partial or intermittent reinforcement – to reinforce it.

A partial or intermittent reinforcement schedule rewards desired actions on an as-needed basis, rather than on a consistent basis.

Behaviour that is reinforced on a part-time basis is generally more powerful. It has a higher chance of surviving extinction (more on this later). As a result, once a continuous schedule has been used to acquire a new habit, an intermittent schedule is frequently used to sustain or reinforce it.

The following are the four intermittent reinforcement regimens that resulted:

After a specific amount of time has passed since the previous reinforcement, interval schedules promote targeted behavior.

When a certain length of time has passed, a preset interval schedule gives you a reward. This schedule often teaches subjects, whether they are people, animals, or organisms, to pace the interval, slow down their reaction rate after reinforcement, and then swiftly raise their response rate at the conclusion of the period.

After a variable length of time has passed since the previous reinforcement, a variable interval schedule distributes the reinforcer.

Because the timing of the next reward is unknown, this schedule generally creates a constant pace of performance and is believed to be habit-forming.

Students whose marks are based on their performance on pop quizzes throughout the semester study on a regular basis rather than cramming at the end of the semester. Students are aware that the teacher will administer pop quizzes throughout the year, but they are unable to predict when they will occur. Without knowing the exact schedule, the student studies consistently throughout the day rather than waiting until the last minute. In teaching and reinforcing behavior that must be done at a consistent rate, variable interval reinforcement plans are more successful than fixed interval reinforcement schedules.

After a given number of replies, a set ratio schedule provides reinforcement.

Fixed ratio schedules create high reaction rates until a reward is given, after which there is halt inactivity.

Toys are made by a toymaker, and the retailer only buys them in batches of five. When a toy manufacturer creates a large number of toys, he earns more money. Toys are only necessary for this scenario once all five have been completed. When five toys are provided, toy-making is rewarded and promoted. People who stick to a set ratio plan generally take a vacation after being rewarded, and then the fast-production cycle starts all over again.

After a certain number of replies, variable-ratio plans provide reinforcement.
This plan results in a high and consistent response rate.

A typical example of a variable ratio reinforcement schedule is gambling at a slot machine or playing lottery games.

Gambling pays out in a variety of ways. The amount of lever pulls required for each victory is varied. Gamblers repeatedly pull the lever in the hopes of winning. As a result, gambling is not only habit-forming for some people, but it is also highly addictive and difficult to stop for others.

Extinction schedules (Ext) are a form of non-intermittent reinforcement schedule in which the reinforcer is removed from the equation, resulting in a gradual decrease in the incidence of the previously rewarded response.

The variable-ratio schedule (VR) is the most resistant to extinction among the four types of reinforcement plans, whereas the continuous schedule is the least.

Schedules of Reinforcement in Parenting

Example of Reinforcement Schedules
Let’s return to the potty-training scenario.

When parents first introduce the concept of potty training to their children, they may reward them with a treat every time they use the toilet successfully. That is a continuous timetable.

After a few days of continuous toilet use, the parents would switch to rewarding the behavior on an as-needed basis.

Parents may unintentionally promote undesirable behavior. Because such reinforcement is sometimes unintentional, it is frequently provided in a haphazard manner. The inconsistency acts as a kind of varied reinforcement schedule, resulting in learned behavior that is difficult to break even after the parents have ceased reinforcing it.

Example of a Variable Ratio in Parenting

Parents generally refuse to give in when their kid has a tantrum at the shop. But, if they’re sleepy or in a hurry, they could buy the sweets nonetheless, thinking that’ll be the last time they do it.
However, from the children’s perspective, such a compromise serves as a reinforcer, encouraging tantrums. Because the reinforcement (purchasing sweets) is given on a sporadic basis, the child ends up throwing fits on a frequent basis in anticipation of the next give-in.

This is one of the reasons why consistency in child discipline is so crucial.

Table of Contents What Is DiathesisDiathesis Stress ModelDiathesis and Stress InteractionsDiathesis And Parenting The Diathesis-Stress Model explains how the combination of genetic predisposition (diathesis) and stressful conditions (stress) can result in mental or physical illnesses. Diathesis Stress Model is not a frequent term seen on a parenting blog. This is an essential notion to grasp… 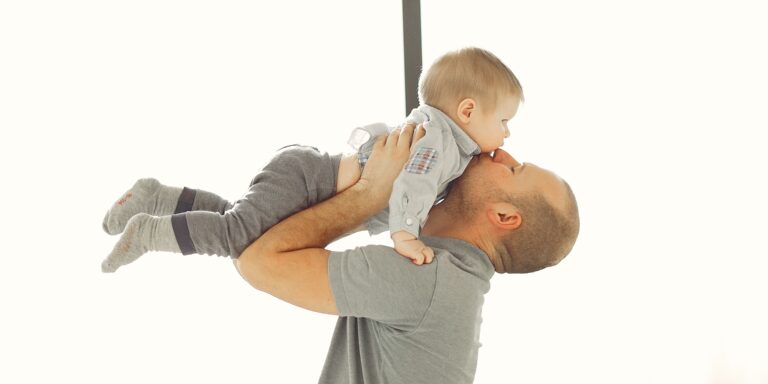 We all desire well-behaved children preferably with a cheerful and happy attitude). We become concerned when this does not occur. What if we removed obedience from its pedestal and instead concentrated on establishing a solid foundation? Here are three factors that are more important than your children’s compliance. The gold standard in parenting is a…

Table of Contents What Is A Behaviour ChartChore Charts Token EconomyBehaviour Chart AlternativesBehaviour Charts – Will You Use One Is using a behavior chart to change a children’s behavior effective? Should parents use a chore schedule or pay their kids to help out around the house? In this post, we’ll look at research that can…