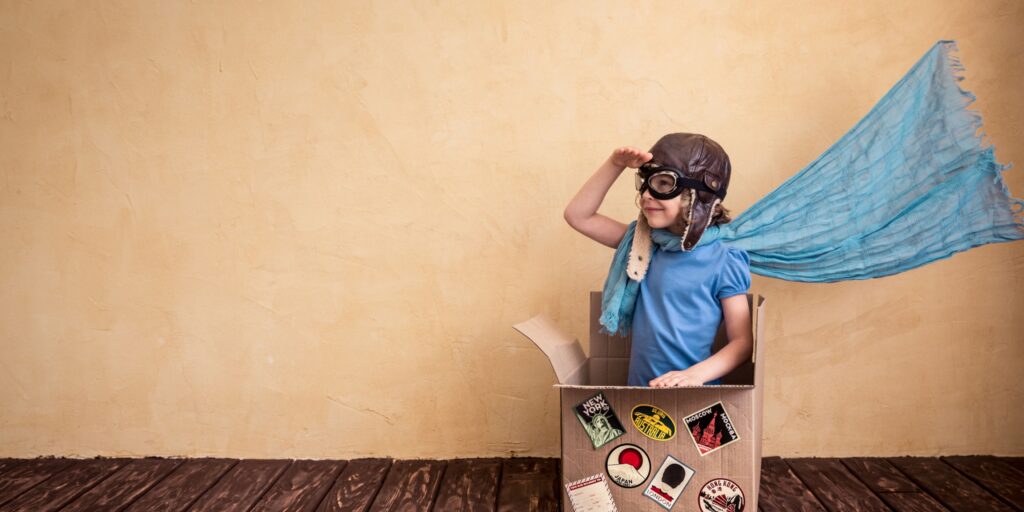 How You Can Encourage a Growth Mindset in Kids

How to help children develop a development mentality rather than a fixed attitude. Teach children to believe in themselves and their talents, as well as to persevere in the face of failure and mistakes. There are nine important strategies to help childrens establish a growth mindset and feel capable, enjoy their curiosity, gain independence, and develop tenacity.

Fixed Mindset and Growth Mindset are the two forms of mindset. When it comes to your children, a growth mindset is critical because it will determine whether they are confident enough to keep trying when things are difficult or they make errors, or if they will give up.

Dr. Carol Dweck, a Stanford University professor of psychology and author of Mindset: The New Psychology of Success, has researched both types of mindsets in children extensively.

So, what is the difference between a fixed and a growth mindset?

People who have a fixed mindset feel their talents are fixed and unchangeable.

Those with a Fixed Mindset believe they are either clever or dumb, born with the skill or not, and, to put it another way, you are either born with an aptitude (such as being good at art, athletics, or reading) or not.

People with a Fixed Mindset, including adults and children, feel that when things don’t go their way, it’s because they aren’t good enough and that this is reason enough to give up. They believe that no matter how hard they try, they will never be successful because it is not in their DNA or because they lack the capacity to be effective at it.

Want to learn how to get your kids to listen without nagging, yelling or losing control?
–>check out this free parenting class<–

Why Encourage A Growth Mindset

Children that have a growth mindset think that anybody can be who or what they want to be, and that inherent aptitude or intellect is simply a starting point. A growth mindset simply implies that a person does not think in terms of clever and dumb, good or terrible, athletic or not athletic, but rather that hard work is required to advance or improve.

People with a Growth Mindset believe that with dedication and hard effort, they can learn, achieve, and be anything they choose. This optimistic attitude feeds their enthusiasm and gives them the tenacity to keep trying even when things are difficult, when they fail, or when they make errors.

These two mindsets – Fixed and Growth – have been examined and found to have a strong relationship with childs:

Deck’s study also discovered a link between childrens perception of their academic intellect and talents and their overall academic achievement, ambition, and, in the long run, general life satisfaction.

Ways to Encourage a Growth Mindset in Children:

Stop talking to yourself in a negative way.

First and foremost, work on yourself so that you can provide a good example for your children. It’s time to put an end to the negative self-talk and start using positive self-statements and affirmations. The brain is similar to a muscle in that it grows over time as a result of hard effort, commitment, and practice. It’s time to put what you teach into practice for your children – but also because you need to believe it yourself!

After you’ve walked the walk, it’s time to talk the talk.

Show your children how to think like this and let your actions speak for themselves. What you say out loud should be backed up by your actions and, of course, your own goals. As an example, suppose you set a daily goal of 10,000 steps. How do you go about doing this? Make a calendar and put it in the kitchen so that everyone can see how many steps you’ve taken, and then get your kids involved. Allow them to hold you responsible and rejoice with you when you reach 10,000 steps in 30 days!

Don’t tell your children that they are smart, gifted, or talented.

You’re probably scratching your head right now, but pay attention to why this matters. When you tell your child they are clever, gifted, or talented, you are implying that they were born with these talents, which might discourage them from putting out extra work and progress if this is “how they are” or “what they were born with.”

Praise your children when they exhibit a development attitude. Praise effort, hard work, practice, compassion, courage, and growth mindset qualities that will help children realize their actual potential, such as not giving up and sticking to their objective, rather than just saying “good job.” Here are a few quotations to get you started!

Yes, academics matter, and scoring the game-winning goal in soccer counts, but only to a certain level since this isn’t your childrens true self. They are not defined by a score or a measure of their knowledge or abilities. Praise them instead for the time and effort they put into learning, as well as the effort and teamwork is required to achieve that incredible goal. Mention the qualities that helped them reach their goals, as well as the amount of effort they put into it.

Children learn best when they are engrossed in a topic or activity that they are passionate about. Encourage them to pursue their passions with vigour, and then completely support them (within financial reason, of course.) Demonstrate to children that you trust them to follow their instincts and explore their curiosity.

Allow children to make mistakes and encourage them to keep trying.

As a parent, it’s difficult to see your child fail and make a mistake, much alone allow them to fail and make errors, yet children learn the most when we give them the room to do so. Children make mistakes as part of the learning process. Sure, learning a new topic at school or tackling a new sort of arithmetic issue could be difficult for your kid, but the breakthrough process will only happen if he doesn’t give up and tries hard to figure it out. This is where the magic happens, and it demonstrates to children how hard work may yield great outcomes.

When children can do activities — no matter how big or little – on their own, they feel proud and confident. The more capable children feel, the more secure they are in embracing their curiosity and taking on new tasks, even though they may fail. Consider Michael Jordan and Michael Phelps: they achieved their degree of success by refusing to give up and dedicating themselves to achieving their goals.

Use Jargon from the Growth Mindset

Use positive affirmations and growth mindset language in your daily life to promote a growth mindset and resiliency. Encourage your child to never give up, to be brave, to trust themselves, to undertake the difficult things, and to give it their all.

What You Should Do Next:

Sign Up For My Parenting Newsletter for tips on creating a happier home and becoming a more positive parent. As a bonus when you subscribe you’ll get a copy of my FREE Growth Mindset Printout For Kids which is the KEY to raising resilient kids with a growth mindset.

Enroll now in the most in-depth parenting class. After discovering these common sense, easy-to-implement, research-based tools you can learn how to: Got a threenager? You want this class. Got an actual tween or teen? Then what are you waiting for? Sign up for the webinar right NOW and watch the BEST, most life-changing parenting video ever.

READY TO CREATE A POSITIVE HOME?

Tired mom Supermom Community Members Recieve A Free Cheat Sheet To Help You Have A Positive Home.
This 6 Step cheat sheet will equip and empower you for your most important mission:
Raising GREAT Kids Using Positive Parenting

Check Your Inbox For Your Cheat Sheet

Thank you for downloading the cheat sheet.

Please look out for the email address [email protected] if you are having trouble accessing the information.

Feel free to contact me if you have further questions!